such a beautiful, lavishly green campus! thank you for the hospitality! 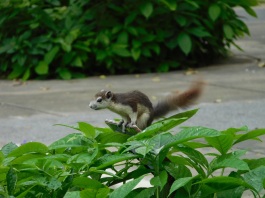 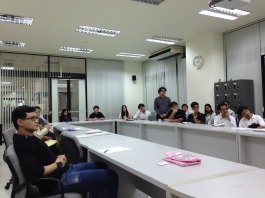 thank you for the great hospitality!

In 1905, the American economist Max Lorenz introduced a way to graphically represent the concentration of wealth distribution in a country, what is now known as the country’s Lorenz curve. Since then, Lorenz curves have found uncountable applications in a wide range of quantitative sciences, ranging from mathematical statistics to biology and finance. Whenever discrete distributions (including not only probability distributions, but also assets portfolios or biodiversity indicators) appear in the modeling of a problem, Lorenz curves and related ideas such as majorization are likely to play a crucial role.

If wealth were quantum, how would you measure wealth concentration?

Quantum theory deals with objects, quantum states, that from many viewpoints resemble discrete distributions, but with the crucial difference of being non-commutative. In a paper published few days ago on Physical Review A, Gilad Gour and I generalize the definition of Lorenz curves to arbitrary pairs of quantum states, reconstructing the classical theory of majorization in the case commuting states, and discussing applications of this new tool in the emerging fields of quantum thermodynamics and quantum resource theories.

) that we name “Hilbert α-divergences” due to their close kinship with Hilbert’s metric, and which interpolate between the trace-distance

Recently on the arXiv